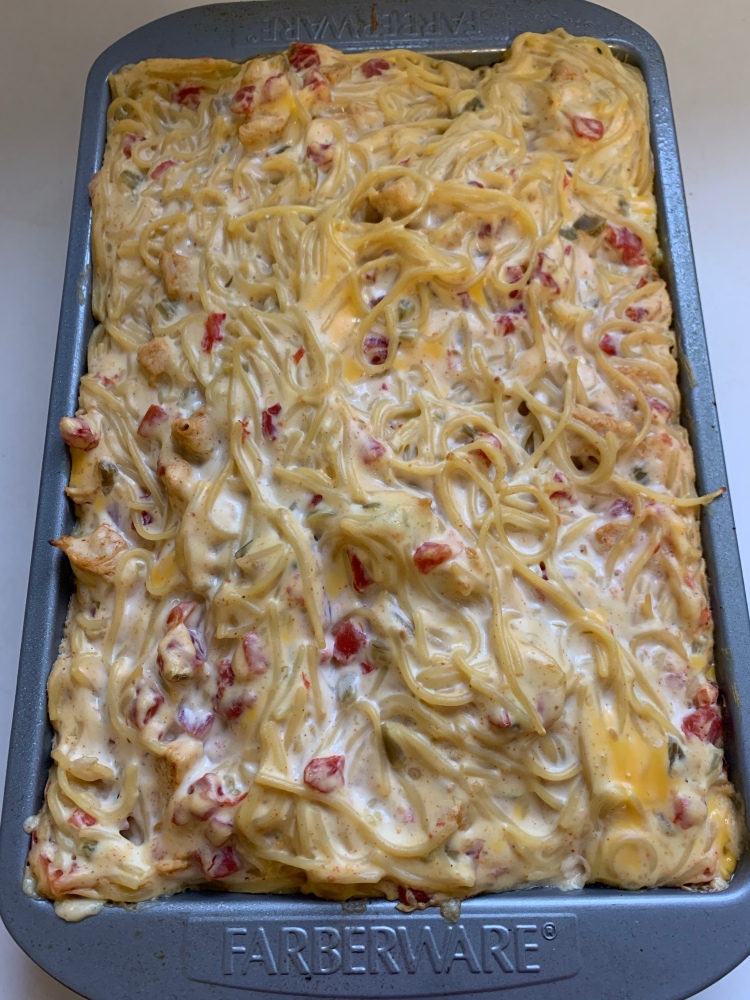 This meal started out as regular chicken spaghetti. I was following a recipe I found on Pinterest and then realized I didn’t have half the ingredients but I had already started. I blame the mom brain? So I decided to chug right on along and make this recipe up as I went. It turned out SO GOOD! I’m so happy with it I’m adding it to my regular arsenal! It was super easy too!

*Disclaimer: I’m feeding 7 people. You would have more than enough food for a family of 4 if you halved this recipe!

– 1lb of Velveeta cheese (that’s half of a standard 2lb block). Cut this into small cubes.

– 2 packages (12oz pkg) of spaghetti noodles (I used 1 package of thin noodles & 1 package of regular noodles because that’s what I had.

-Add the chicken breast pieces to a small skillet and cover with some of the taco seasoning. Cook over medium high heat until done.

-Transfer the entire mixture to the 9×13 baking dish and bake for 20 minutes.