It’s no secret that we are huge Disney fans. We visit Walt Disney World 5+ times a year and enjoy every second of it! So one would think that it would be a no brainer for us to visit Disneyland Paris while in town, but that was not our plan! We only had 5 days in Paris and we were sure there was too much to do for us to go out of our way to see Disneyland Paris which we knew would eat up at least an entire day.

If you’ve read my post about our Paris trip in general then you know that we really didn’t care much for Paris and did in fact end up going to DLP. After a couple days in Paris we realized there was not enough in the city to occupy us and we were so disgusted with the city itself we though a a Disney trip would save the day!

The Paris A line train goes from the city center straight to the gates of DLP. It is well marked in the train stations that it’s the Disney train. From the city center it’s about an hour to the DLP gates. We arrived at DLP right at park opening and there was almost no one there. We bought tickets at the information booth right outside the gates and proceeded through security. 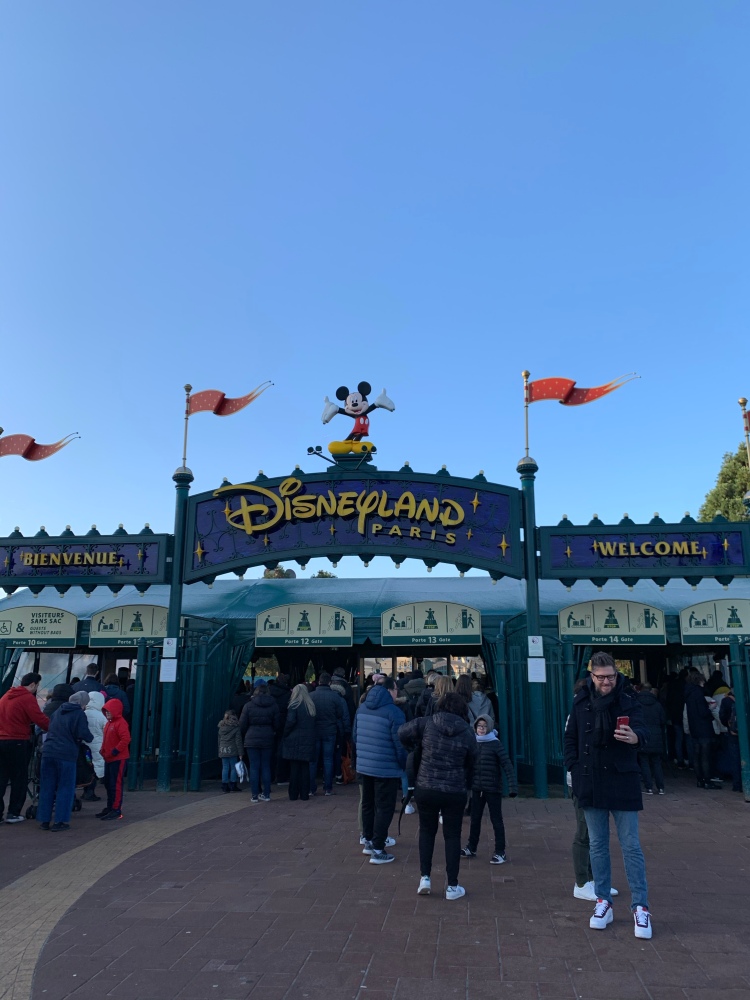 DLP has 2 parks, Disneyland Park and Walt Disney Studios. These are the equivalent to Magic Kingdom and Hollywood Studios at Walt Disney World Florida.

We only had one day and the two park entrances are right next to each other, literally 5 steps apart, so we bought park hopper tickets and decided to do both parks.

Once inside Disneyland Park we stopped at the entrance and bought Fastpasses. This is nothing like the WDW system. There’s a thrill ride FASTPASS which gives you a FASTPASS to a couple of the taller height requirement rides and then there’s a family FASTPASS which gives you fastpasses to Pinocchio, Peter Pan, and dumbo. These are the only fastpasses you get though, they aren’t unlimited like at WDW. We chose the family FASTPASS because we figured 3 was better than none.

Next we headed over to the stroller rental place and rented 2 park strollers. They do not have double strollers here, only single strollers. This sucked because 2 of our toddlers had to walk all day. The strollers are a lot nicer than the hard bulky plastic ones at WDW though so that’s a plus. They were $25 each for the entire day.

After hitting up the main street coffee shop we walked down towards the castle which is a beautiful pink castle and caught Elsa and the entire Frozen crew for the opening ceremony and parade. My kids love Frozen so this was a huge highlight for them! 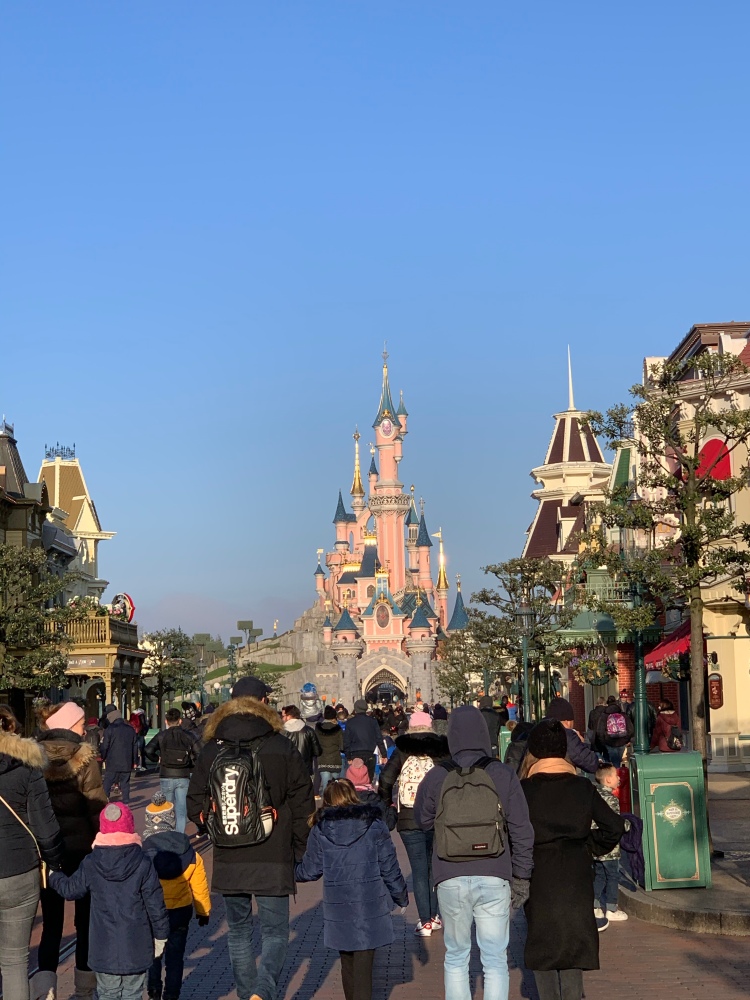 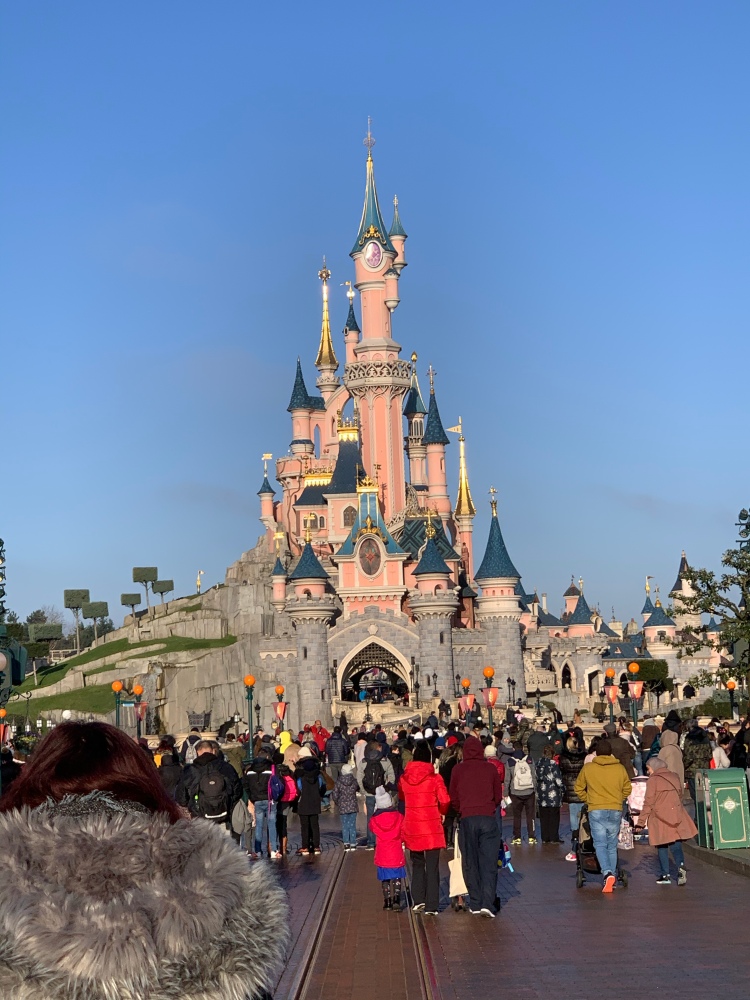 Our first ride stop was Haunted Mansion. This is one of our family’s favorite rides at WDW so we couldn’t wait to see it at DLP! I wasn’t disappointed, the ride was mostly the same with a few changes that I enjoyed. The mansion itself was a lot different on the outside too which was neat! 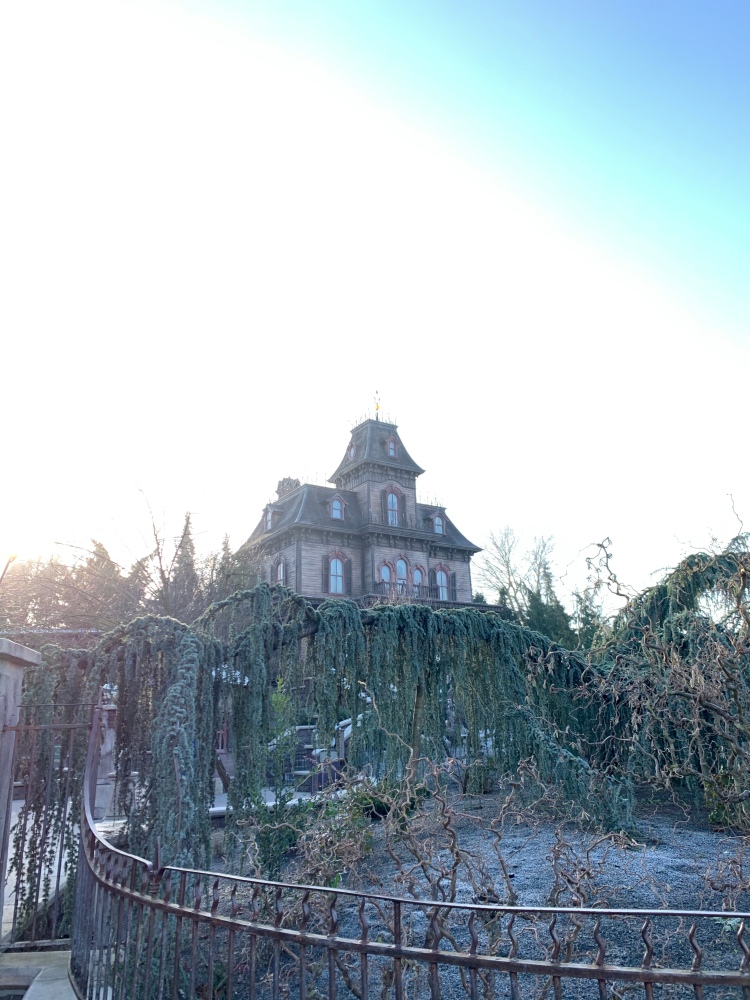  We spent the rest of the morning wandering around and checking out the different rides. There is not near as many rides here as at WDW, but the ones they do have are similar to the ones at WDW with a few different scenes. There is a Pinocchio ride at DLP than is really cute.  

Inside the castle is a gift shop where we had to buy Christmas ornaments and Mickey riding the carousel I hadn’t seen yet! 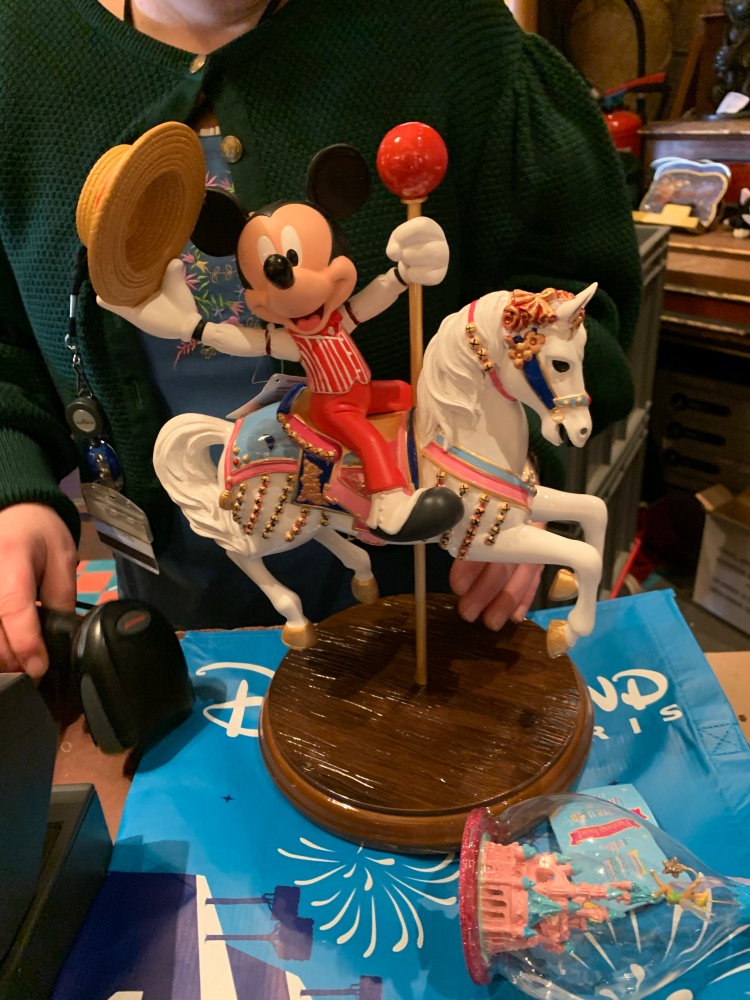 For lunch we ate at Captain Jack Sparrow’s and this was such a wonderful experience! Our 4yo Rhett is our only boy and it seems like there just isn’t near as much boy stuff as there is girl stuff so I feel like he always gets less. Rhett loves Pirates of the Caribbean and Captain Jack which is why I chose this restaurant for us, but I didn’t realize until we got there that it’s a character meal and Captain Jack came to see us multiple times! Rhett was over the moon excited and we had a wonderful lunch there! 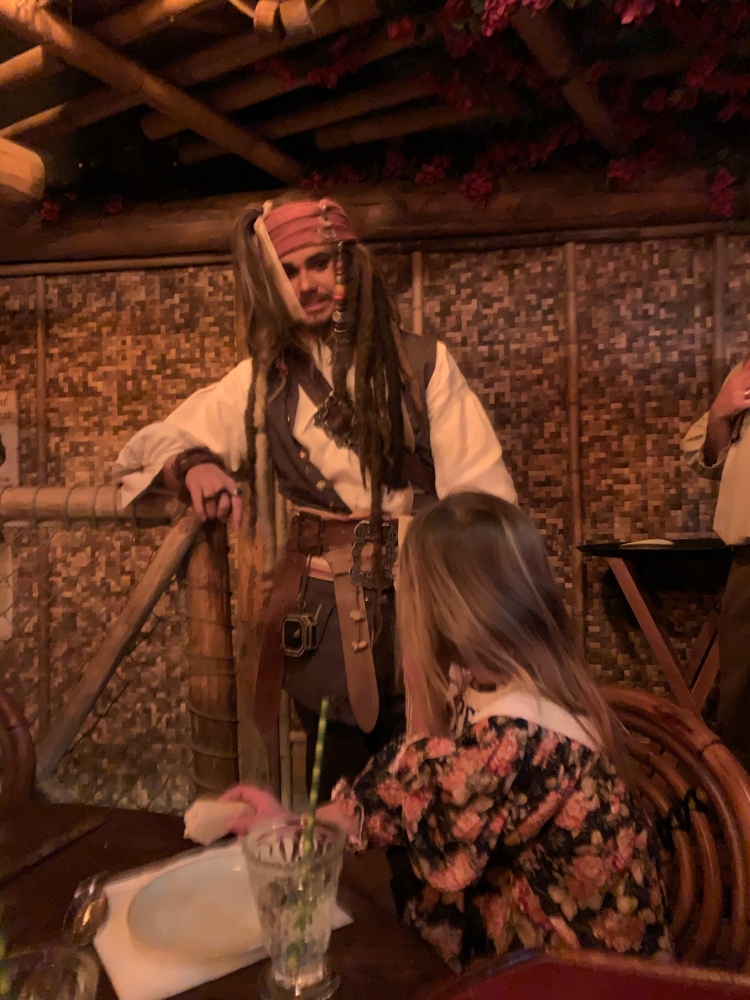 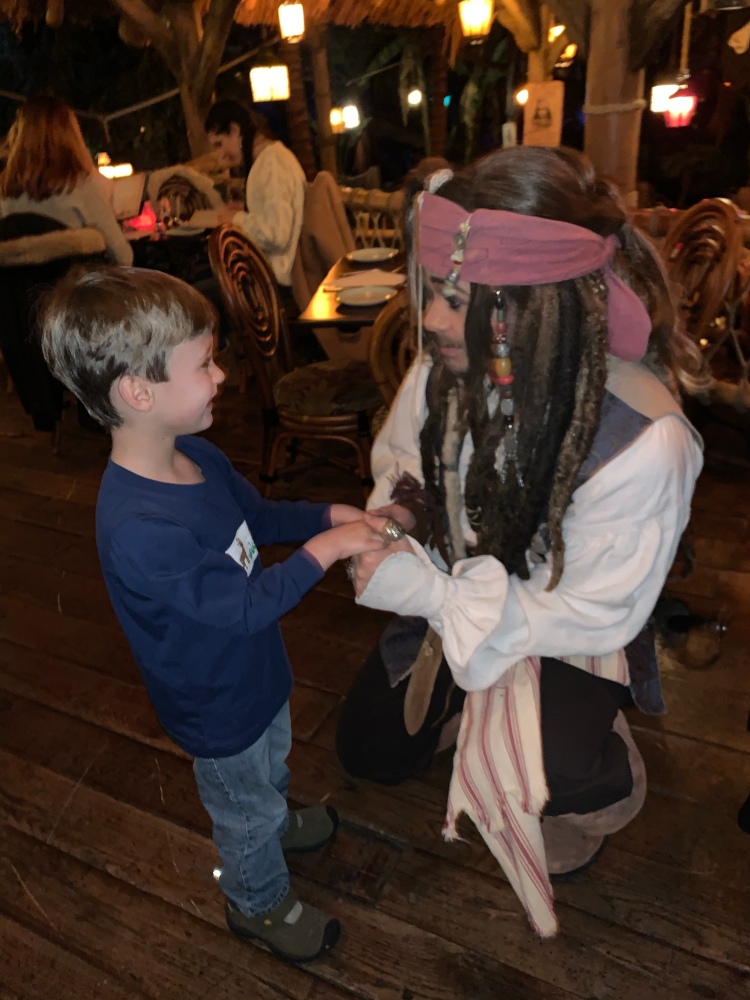 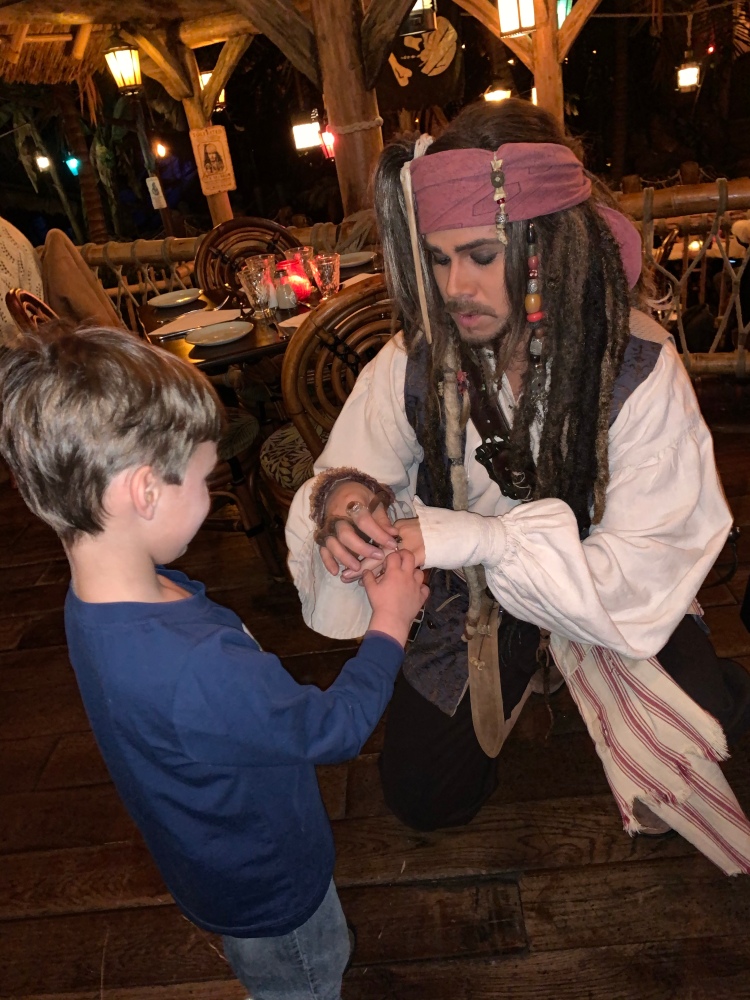 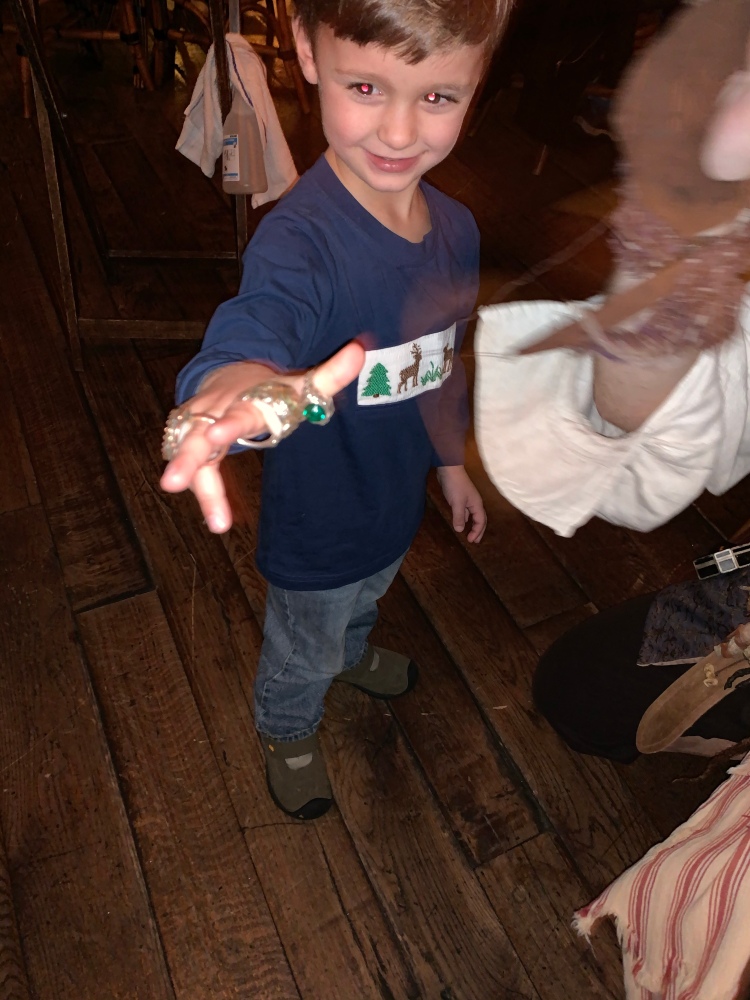 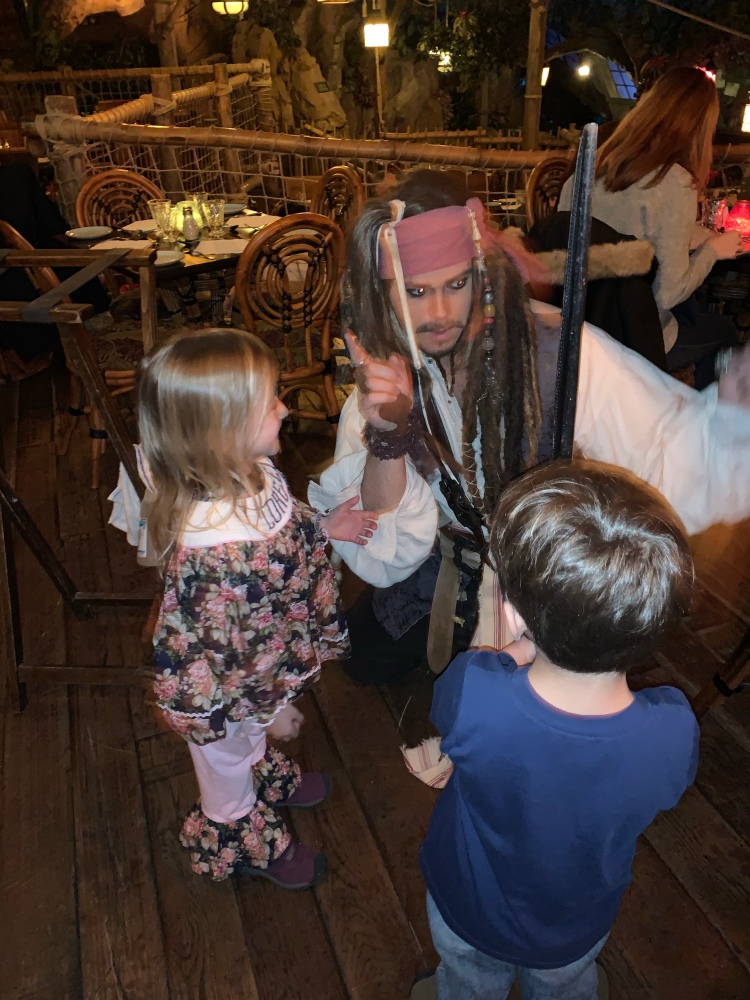 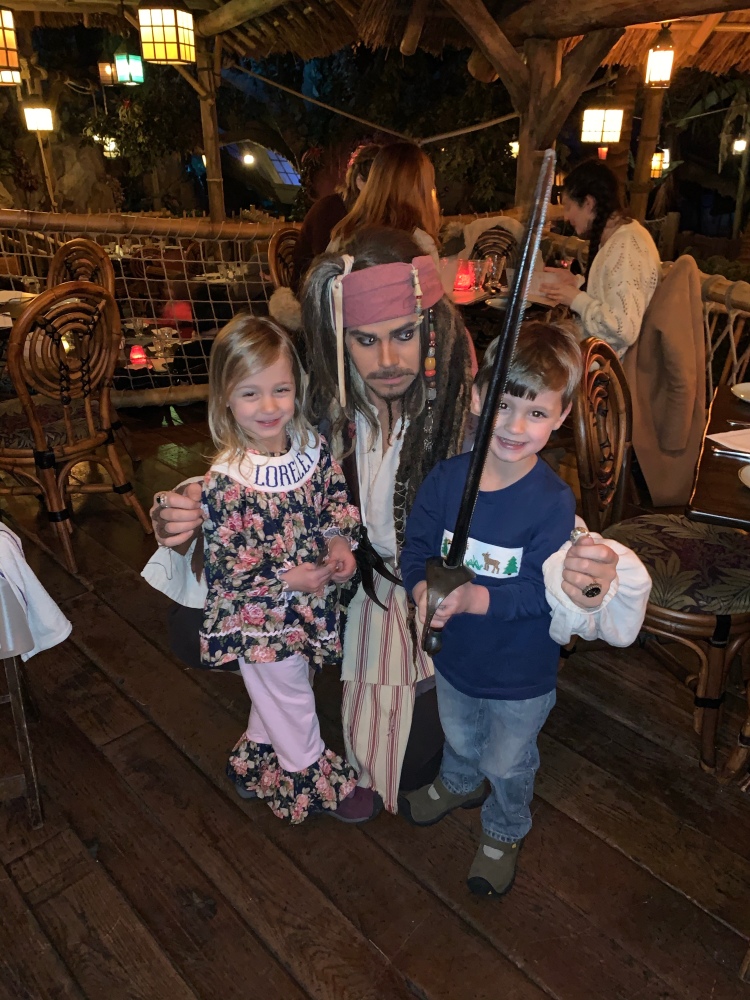 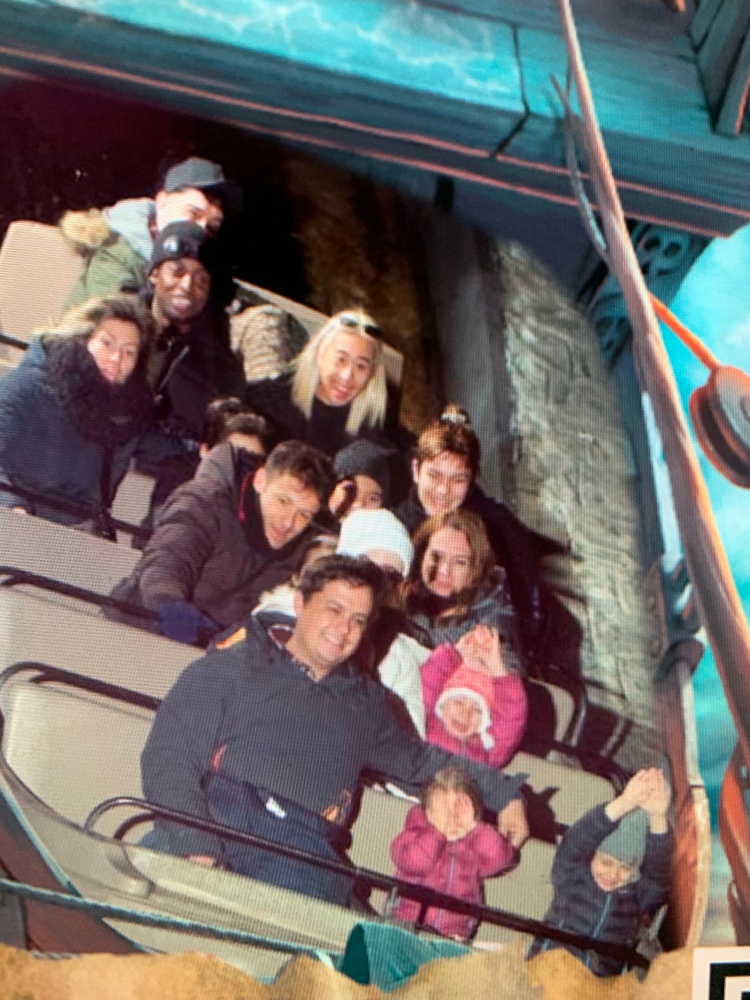 After lunch we rode a couple more rides including the carousel before we were going to head over to the other park. After riding the carousel we came out to one of our strollers missing. DLP isn’t like WDW in that they don’t have designated stroller parking areas and there aren’t cast members moving strollers around to keep things organized. One of our strollers was exactly where we had left it and the other one that had been parked right beside it was gone. We searched for it but never could find it. We went back to the stroller rental stand to tell them what happened and they said people steal strollers all the time there. We’ve never had anyone mess with our strollers at WDW! Good thing we hadn’t left anything in it! 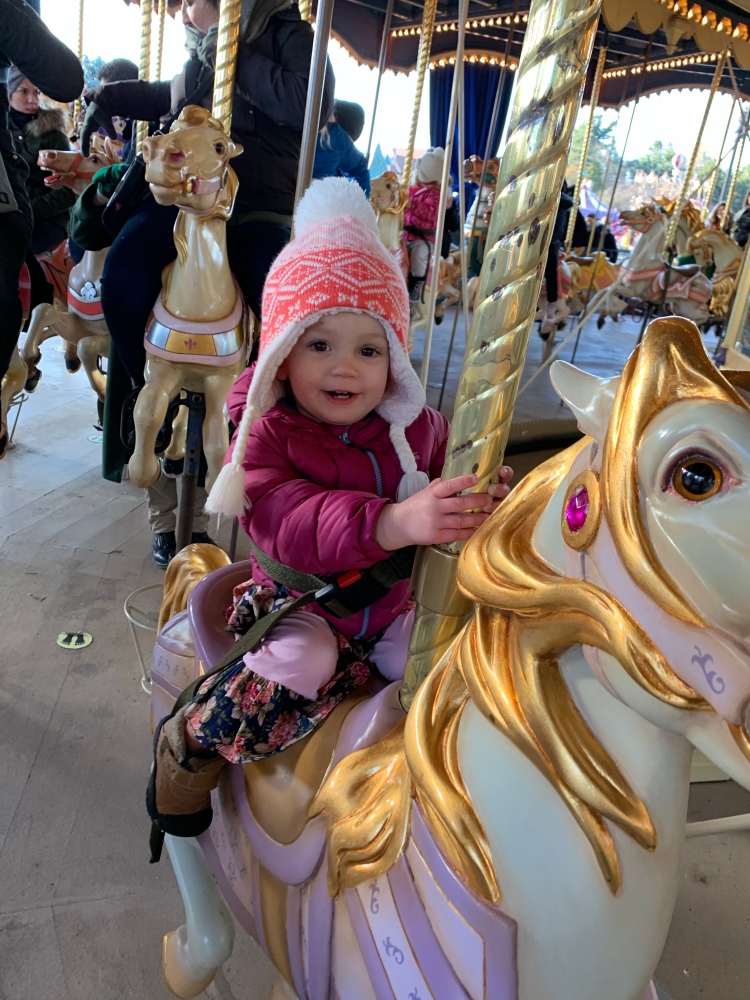 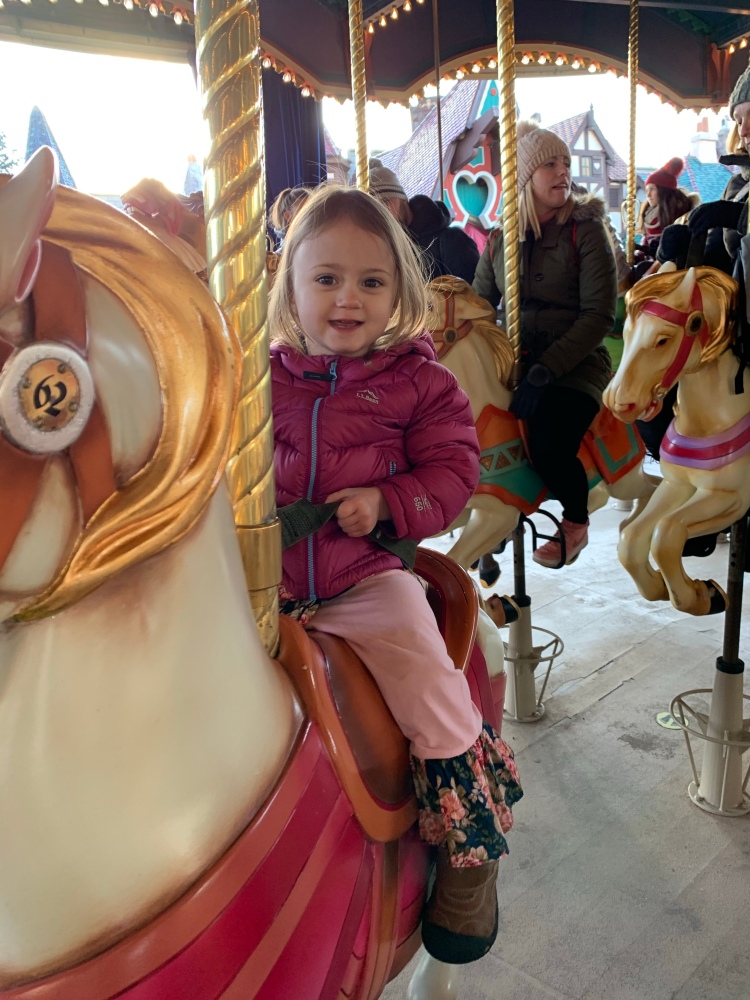 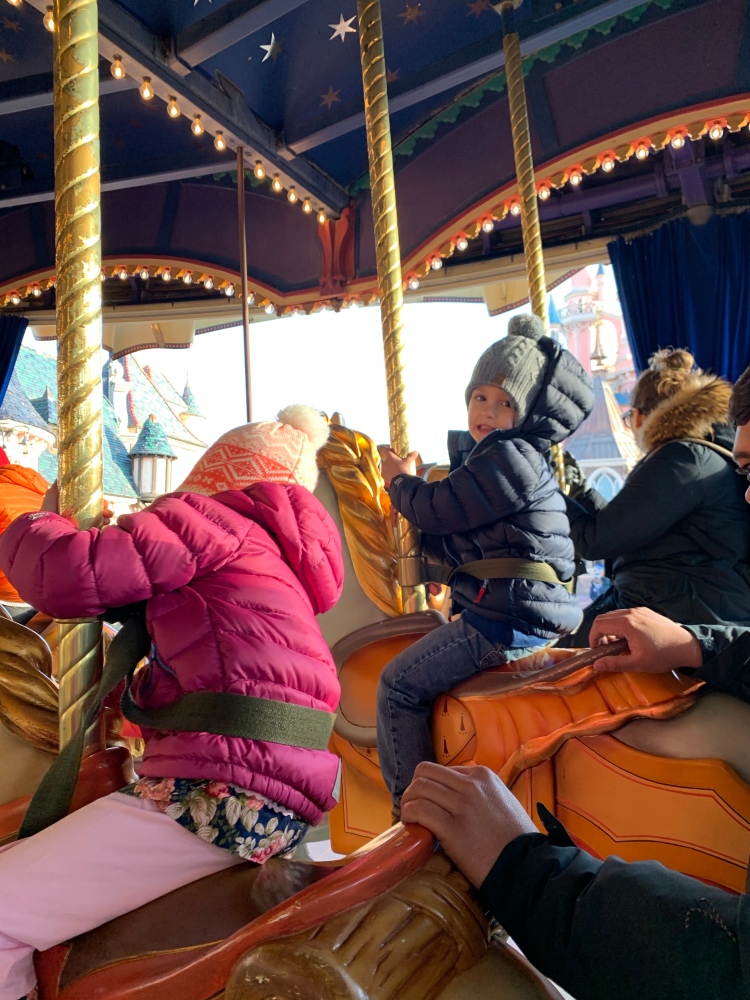 I was eager to get to Walt Disney Studios park because it has the Ratatouille ride like the new one opening at WDW Epcot next year. The ride was really cute and we enjoyed it! We also had dinner at Ratatouille Remy’s restaurant and the food was wonderful so I can only hope the new Epcot version, Gusteau’s, is just as good or better! 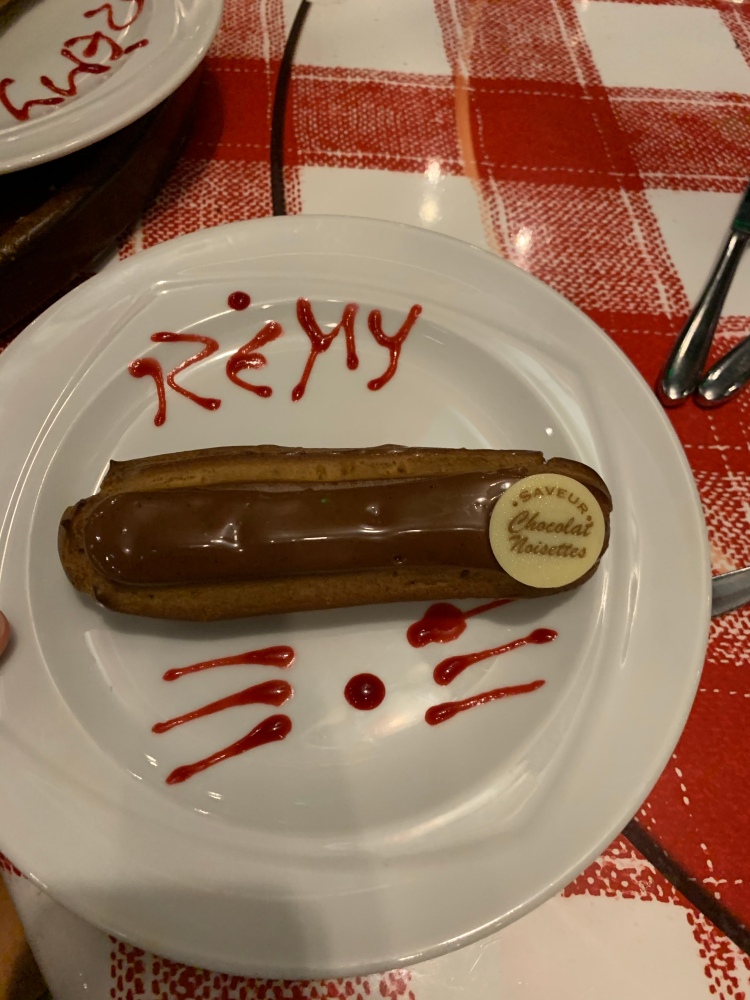 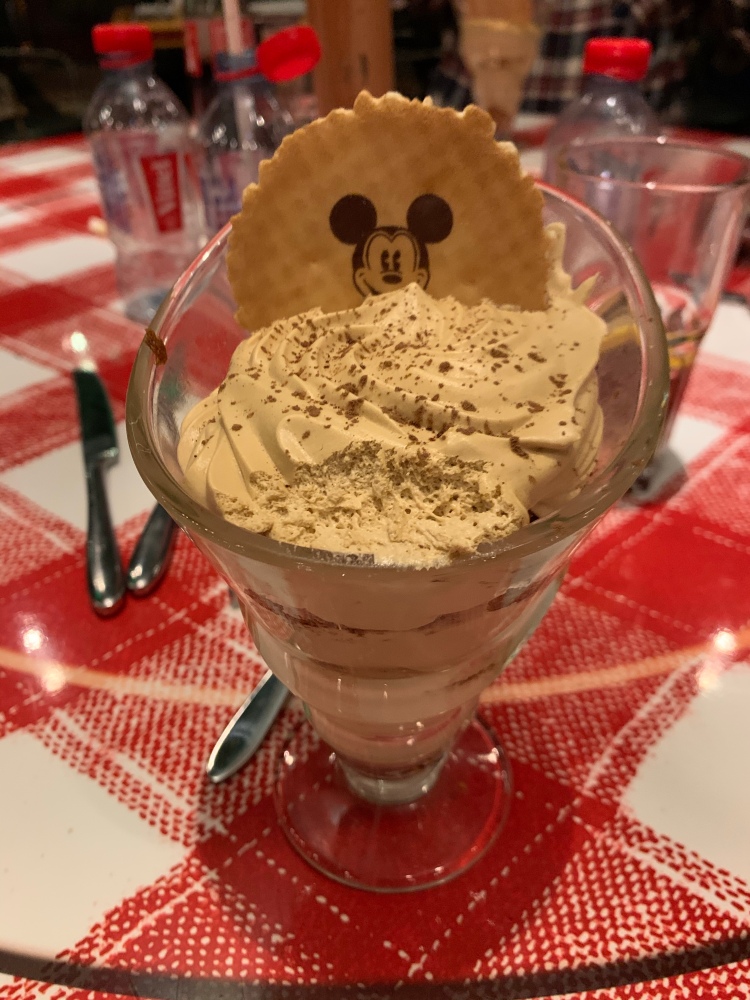 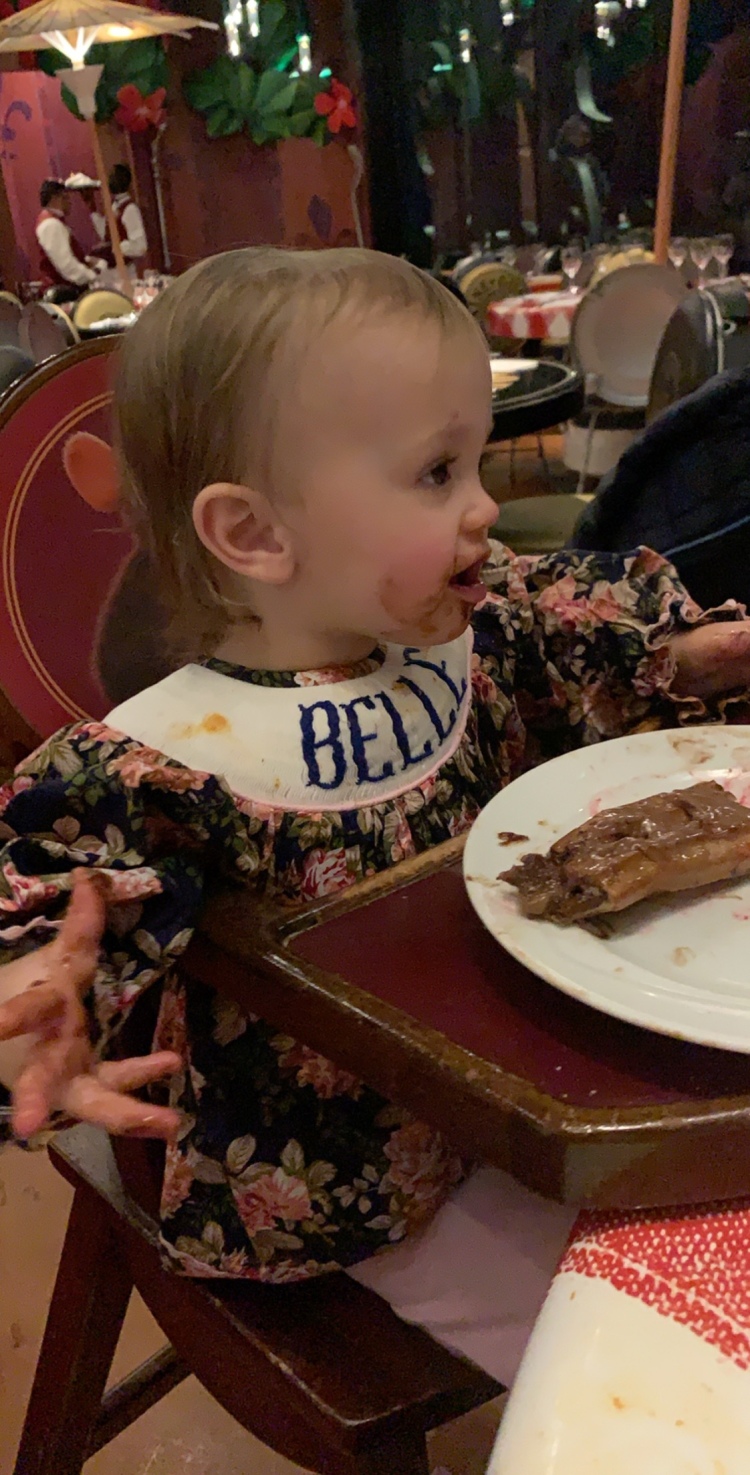 Walt Disney Studios has classic rides like Tower of Terror and a smaller version of Slinky Dog Dash, but our favorite was a ride we had never seen the parachute drop with the toy soldiers for Toy Story. Only our 4yos were y’all enough to ride it but it was so cute and they loved it! My husband rode with them and said it was awesome! 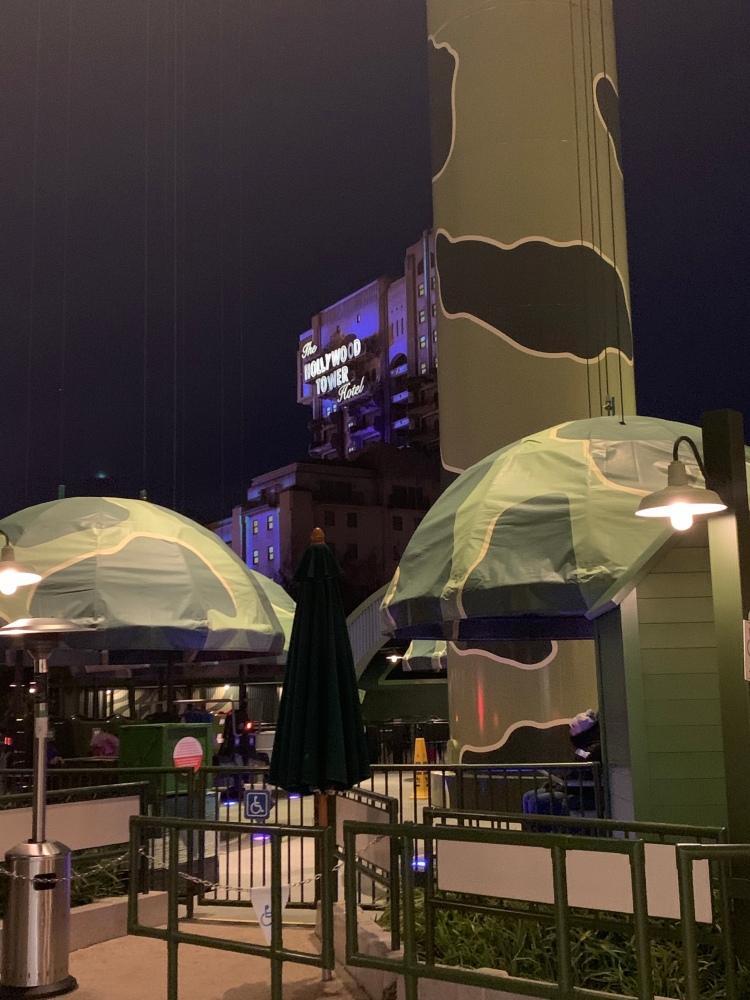 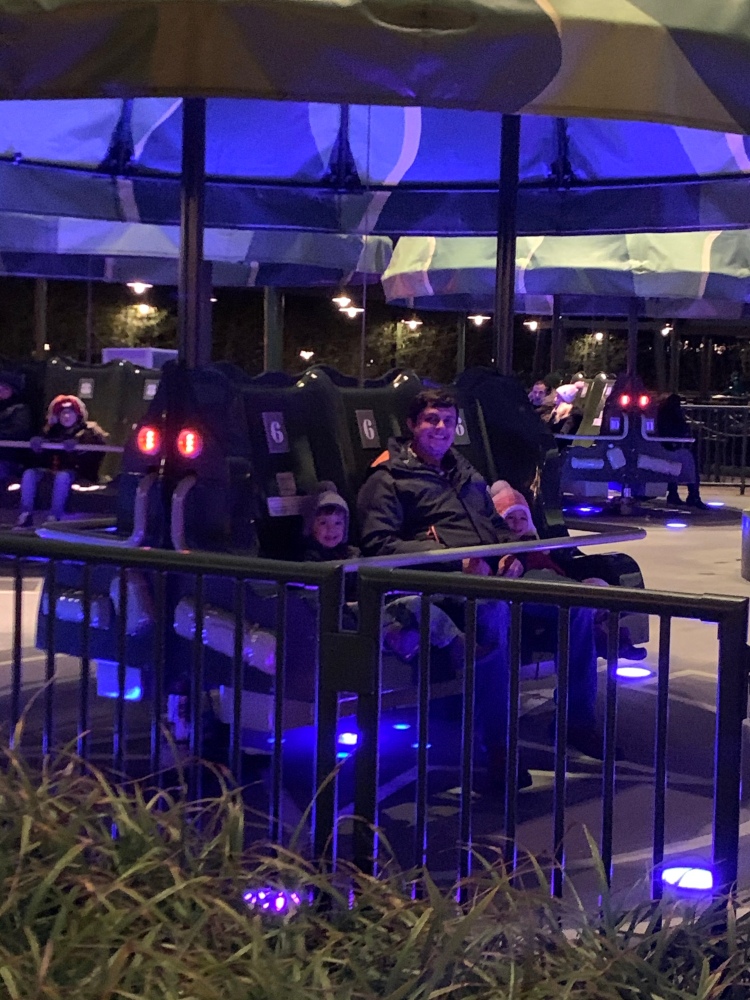 Overall it was really neat to see and experience Disneyland Paris, but it’s nowhere close to as nice as Walt Disney World. One thing I noticed was the lack of cast members. WDW has a cast member helping and directing people pretty much every 5 feet and every ride line queue has multiple cast members but there were no cast members at DLP except for one or two working each ride. The people at DLP were awful too; everyone was really rude and cranky. Besides the fact that some stole our crappy park rental stroller, no one understood the concept of how to form and wait in lines. It was crazy how confused and chaotic the lines were because people couldn’t follow the queue and there were no cast members to direct them. Thankfully it was the middle of January and freezing cold so the parks were not crowded at all! I cannot imagine visiting DLP on a high crowd day because it was kind of a nightmare on a super low crowd day!

One thought on “Disneyland Paris”