After our leisurely train ride from Berlin we made it to Köln around noon. Köln has really easy to use public transport, but we had accumulated so much stuff in Berlin we were over loaded with bags and decided to just take a taxi to our apartment. 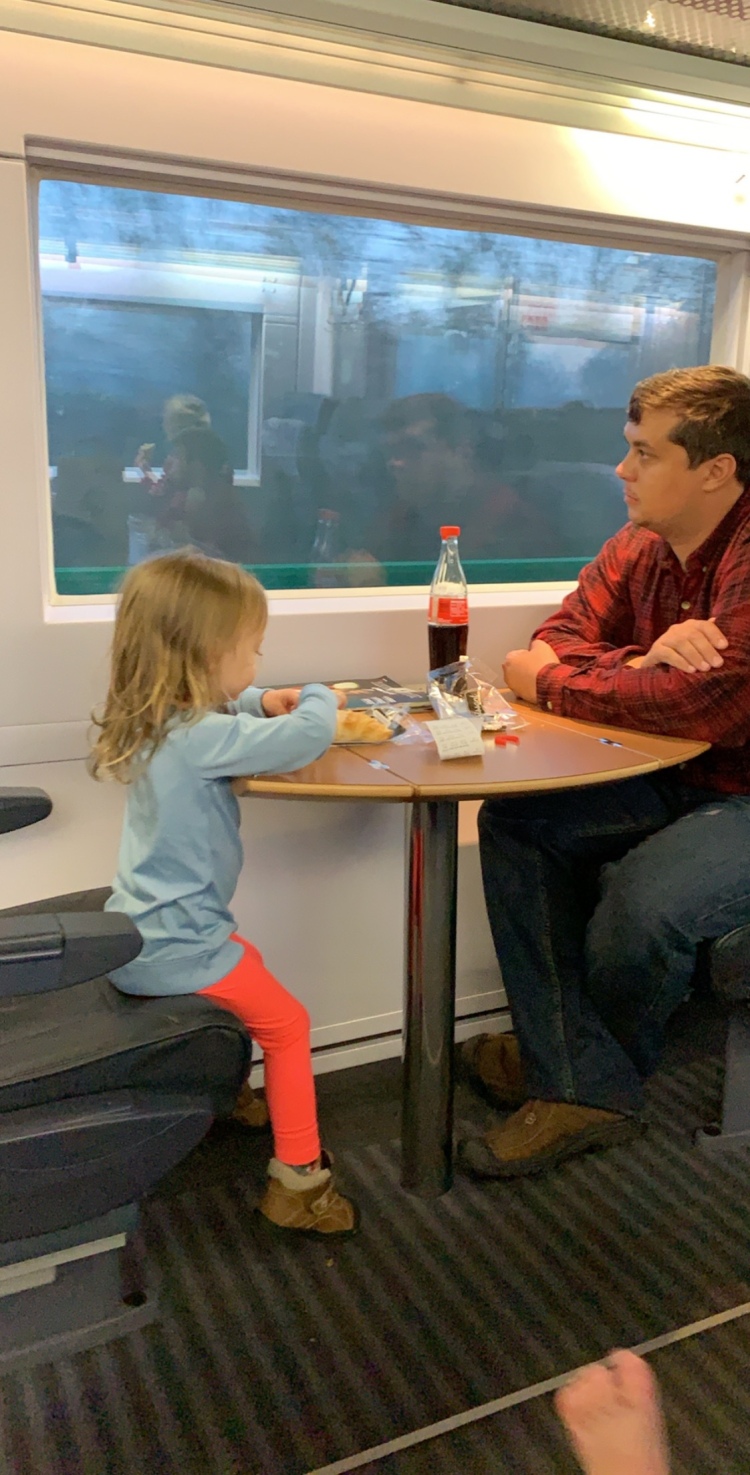 We had a really amazing airbnb apartment in Köln. It was on the outskirts of the city center in a really adorable neighborhood that was full of amazing restaurants!

After getting settled in to our apartment and dropping our bags off our first order of business was finding the post office to ship all our stuff from Berlin home! There Deutsche Post office right down the street and even though no one in there spoke English, we managed to figure out how to mail our stuff home. Köln was one of the few places we went in German my where not many people spoke English, but they were by far the friendliest and most welcoming!

Our apartment was located in Rudolphplatz which had its own little Christmas marker where we spent our first evening exploring and eating sweets for dinner!

The first floor of our apartment was a wonderful little cafe called Salon Schmitz where we had breakfast every morning. It was a little quirky in that you ordered your food at the counter 2 doors down and then found a table and ordered drinks in the main restaurant. Every morning we had lattes, bacon, pancakes, toast, fried eggs, and chorizo & cheese scrambled eggs. They also hand squeeze fresh orange juice right there for you!

Köln is most famous for its cathedral which houses the Shrine of the Three Kings. The remains of the Three Wise Men who came to the Virgin Mary after Jesus’ birth have been housed in many places, but were ultimately given to the Archbishop of Köln in 1164 where they have remained to this day. Construction of the magnificent Köln cathedral to house the tomb began in 1248 but was not completed until 1880, it was however still built by its original plans. The Shrine of the Three Kings has made Köln cathedral one of the largest Christian pilgrimage sites in Europe. It is an intricately detailed gold sarcophagus kept in the very back center of the cathedral. The cathedral is a UNESCO World Heritage site and is absolutely worth further research. 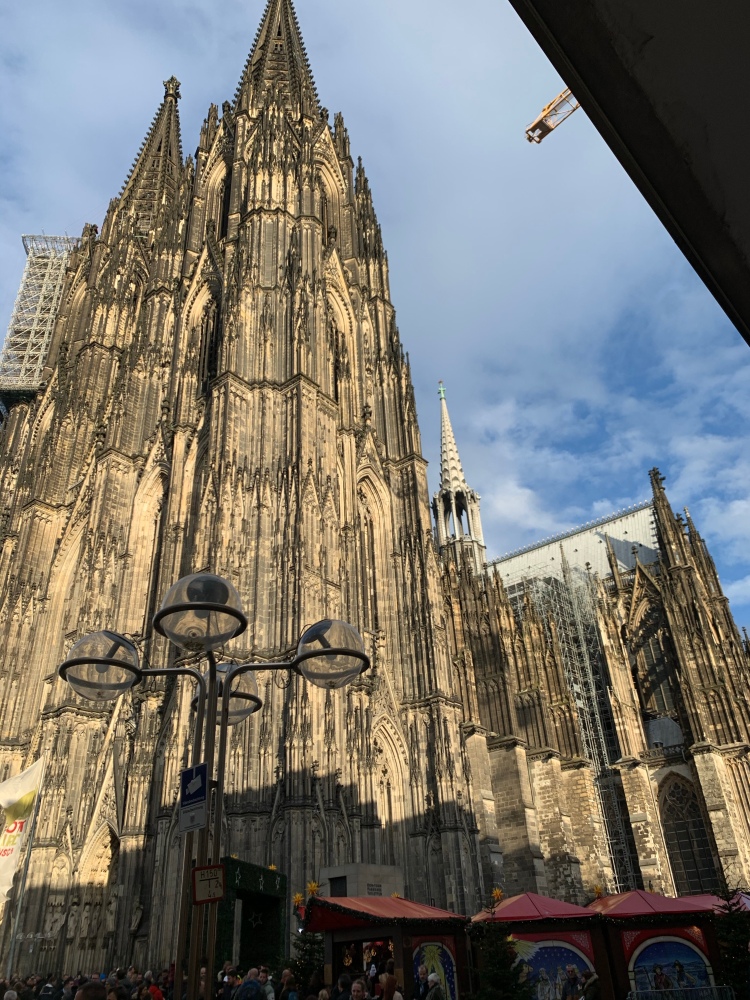 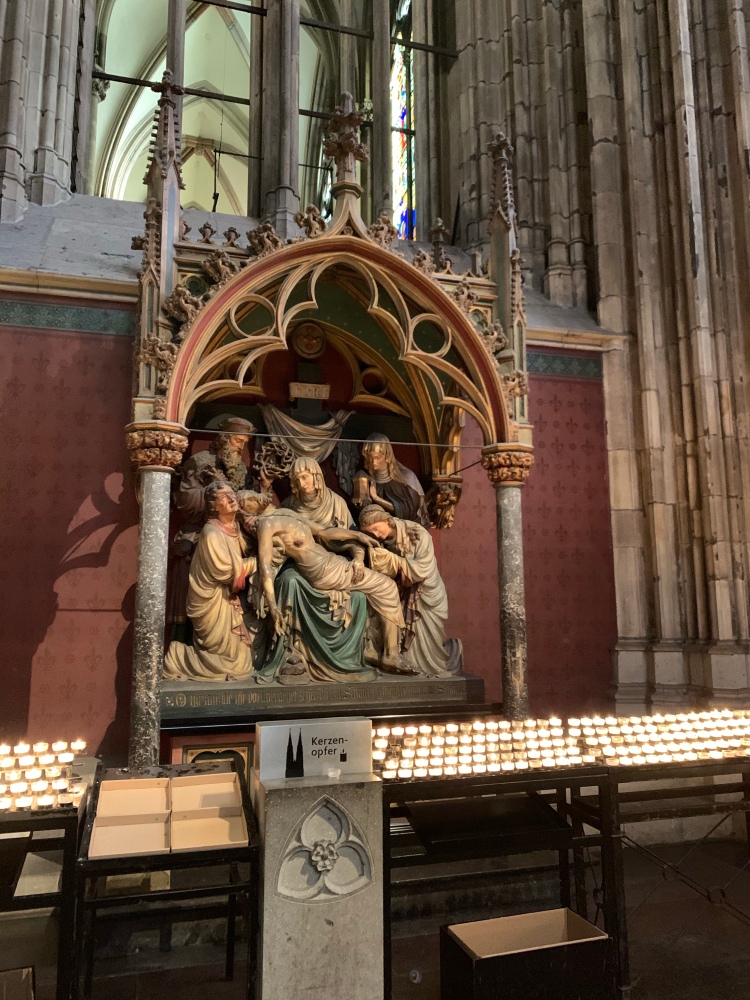 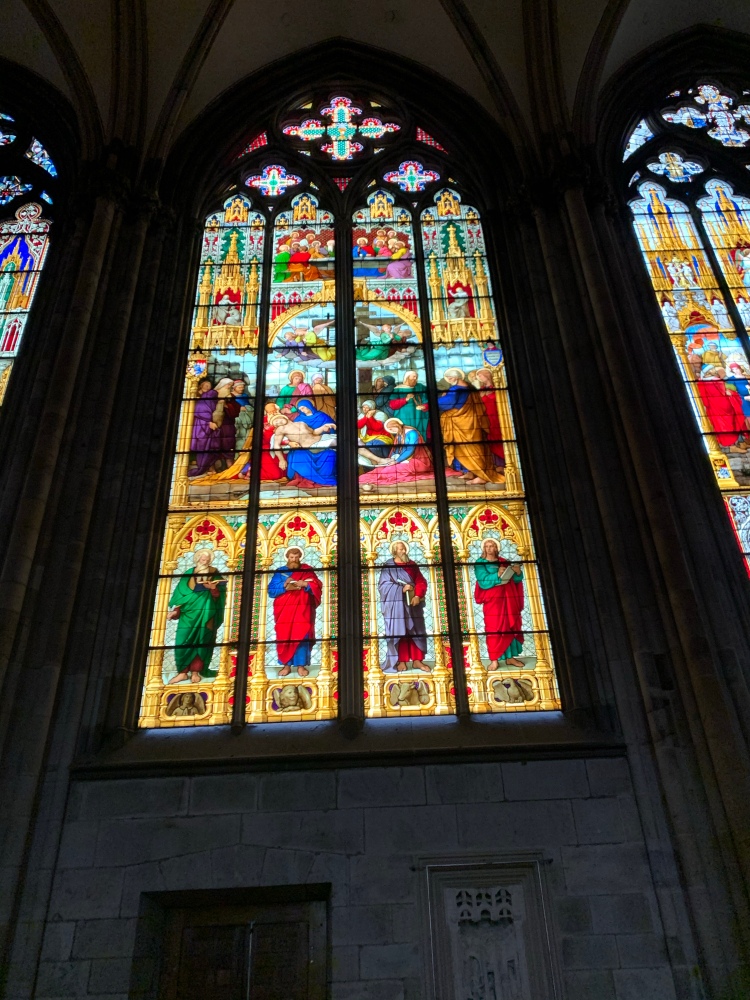 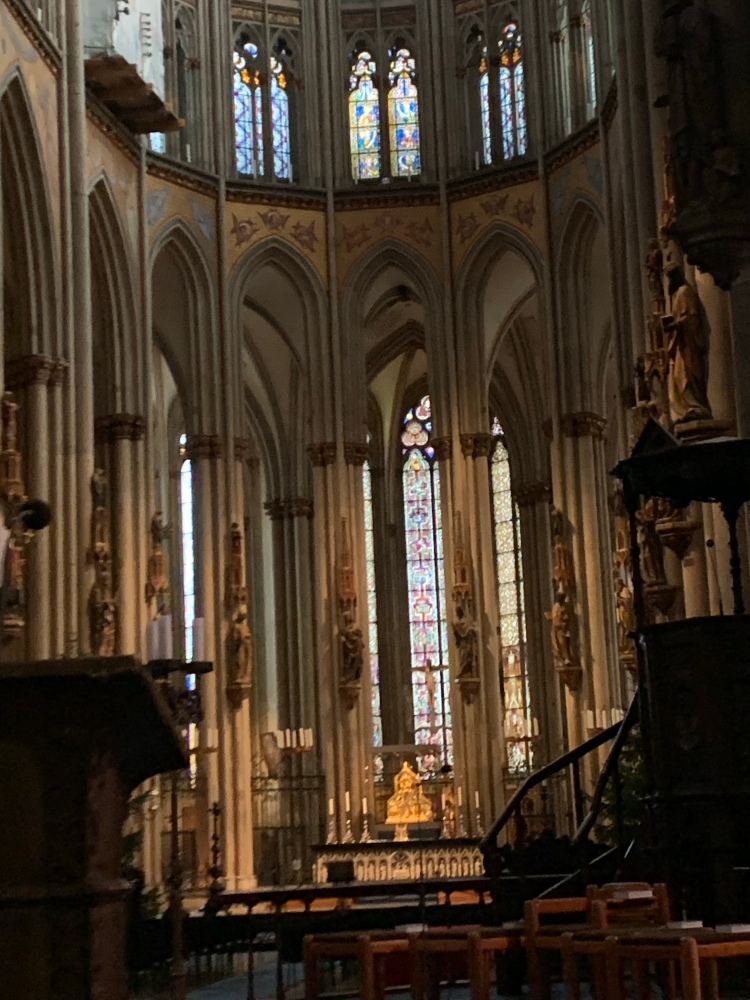 Right outside the cathedral entrance is what’s left of the city wall and main gate. The wall dates back to the early 1500s and once protected the city.

Germany is covered with Christmas markets from the beginning of December through Christmas Eve. You can find one on every neighborhood square lined with booths of local craftsmen selling their goods and food. The Christmas markets are full of stuff for kids too. Carnival rides, Ferris wheels, ice skating rinks, live reindeer and Santa Clause himself! 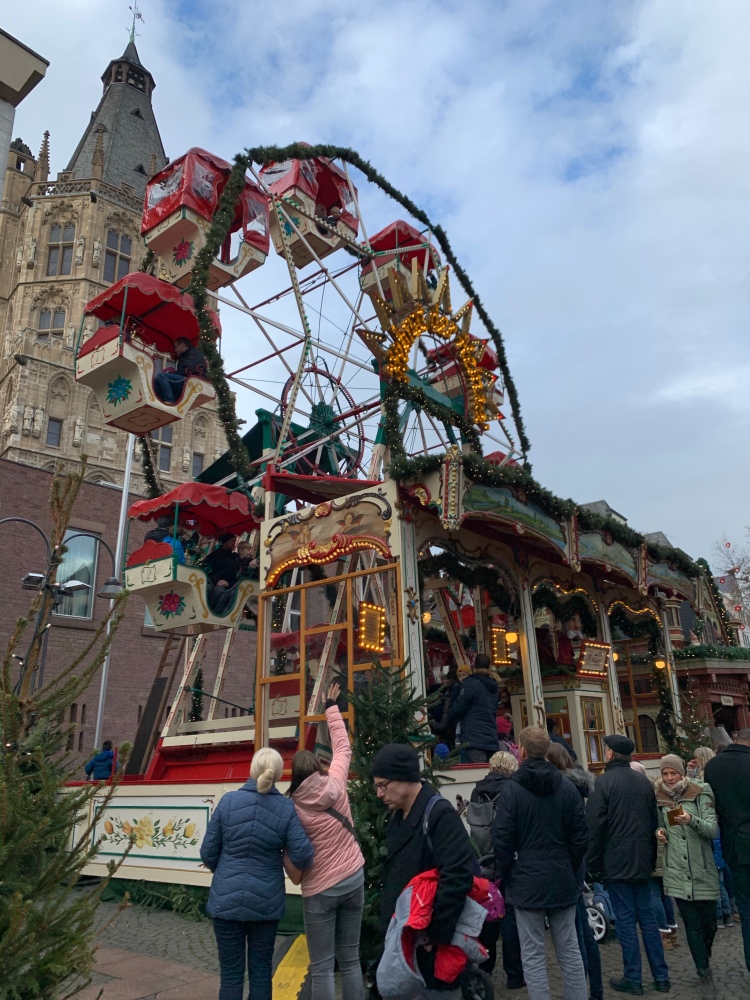 I never dreamed we would end up at a Zoo in Germany, but everyone had great things to say about the Köln zoo and a lot of the exhibits are indoors so when we were faced with a very rainy morning that’s where we went and we were not disappointed! We ended up spending way longer there than we had intended but it was worth it! The best part about the zoo? They had a raccoon exhibit! It was the funniest thing I have ever seen and I never would have thought other parts of the world would find our nuisance trash pandas intriguing! The Köln zoo is huge! It has tons of amazing playgrounds, snack shacks, a restaurant, and amazing exhibits. I’ve never been so close to penguins before as they are there! You can literally touch them, although it’s frowned upon. 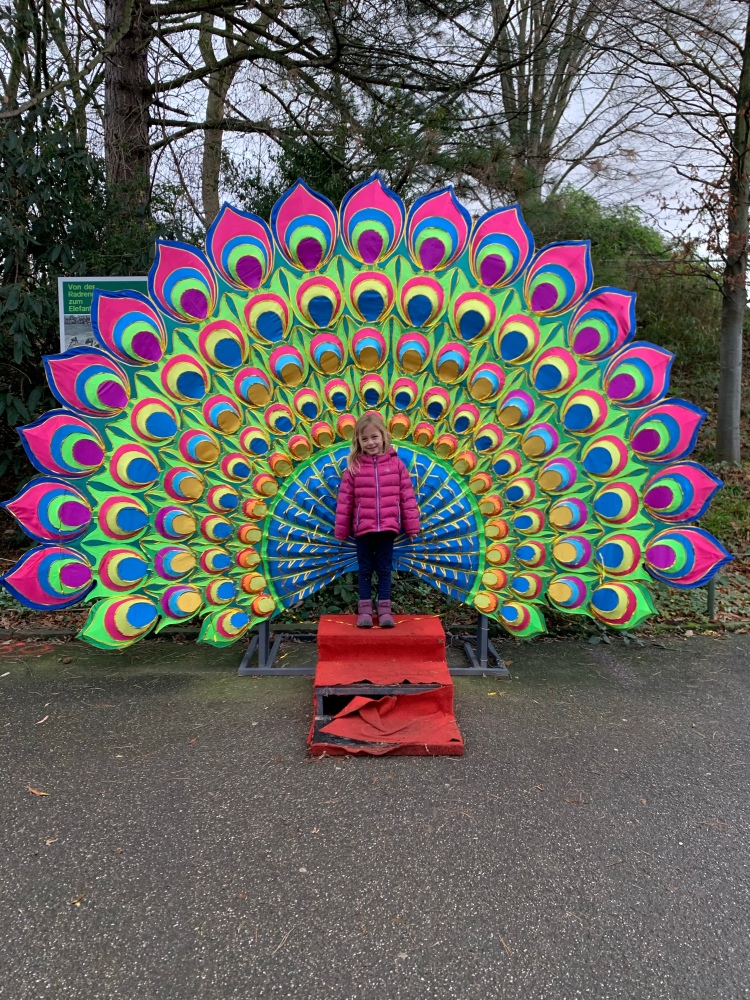 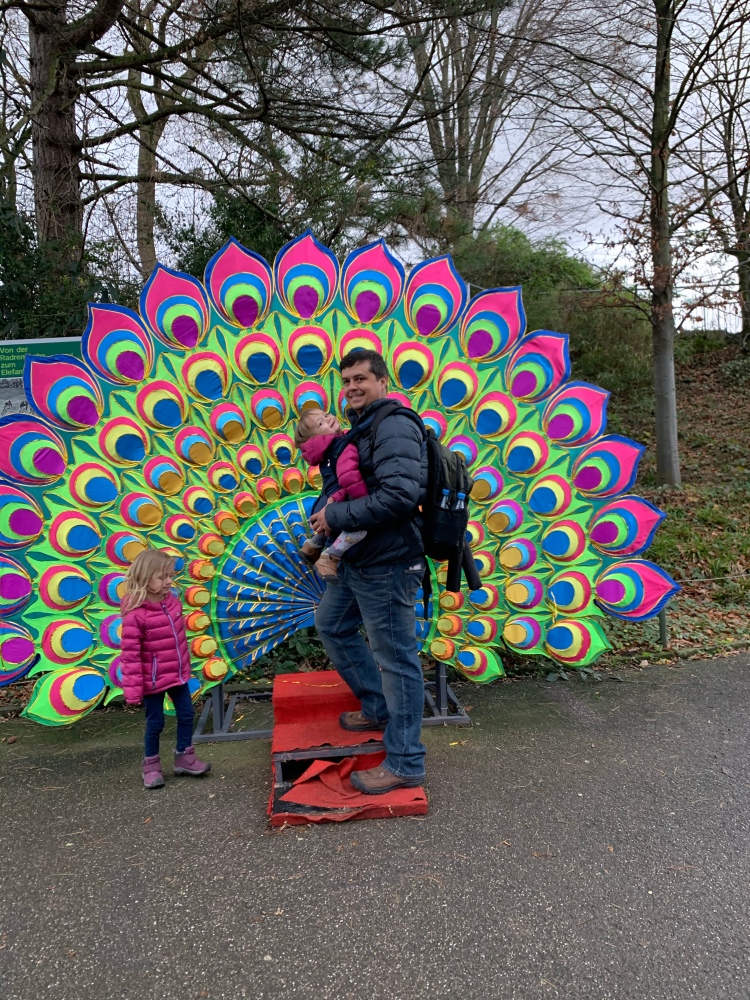 Leaving Köln involved the most amazing train ride down the Rhein river toward Nuremburg. The Rhein river is dotted with picturesque old German villages, grape vineyards and Medieval castles on hilltops. There are river cruises out of Köln that will take you down the river to see the landscape but they didn’t have the best reviews so we decided to skip them since we knew our train ride out of town would take us down the same path. We took a high speed ice train from Köln to Nuremburg that was about 3.5 hours long and beautiful every minute of the trip! 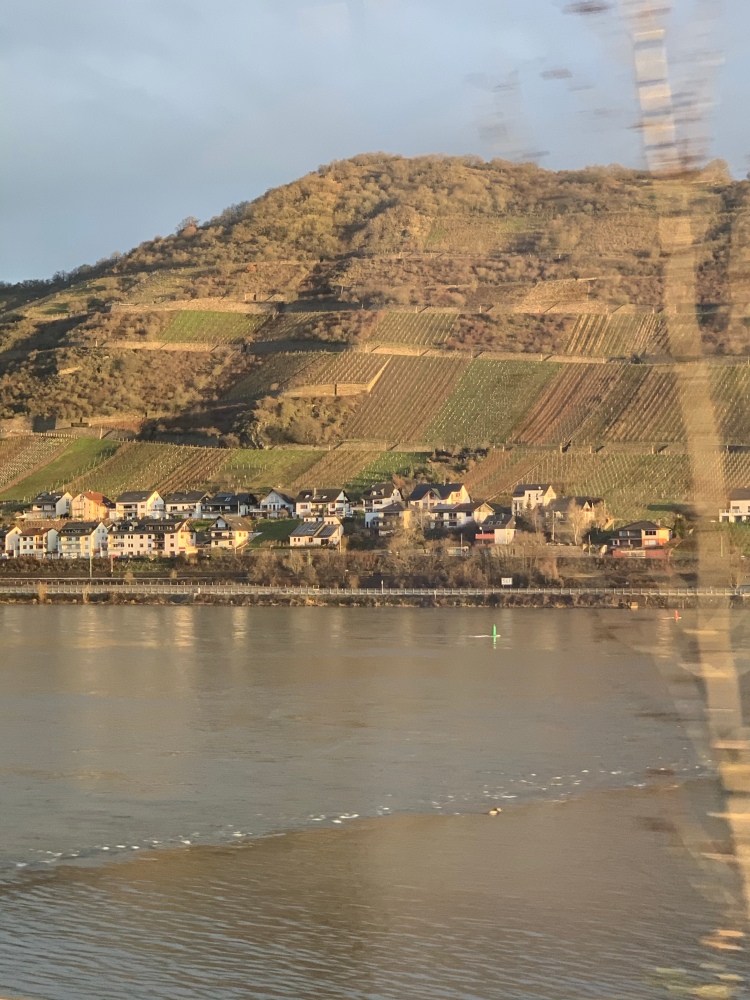 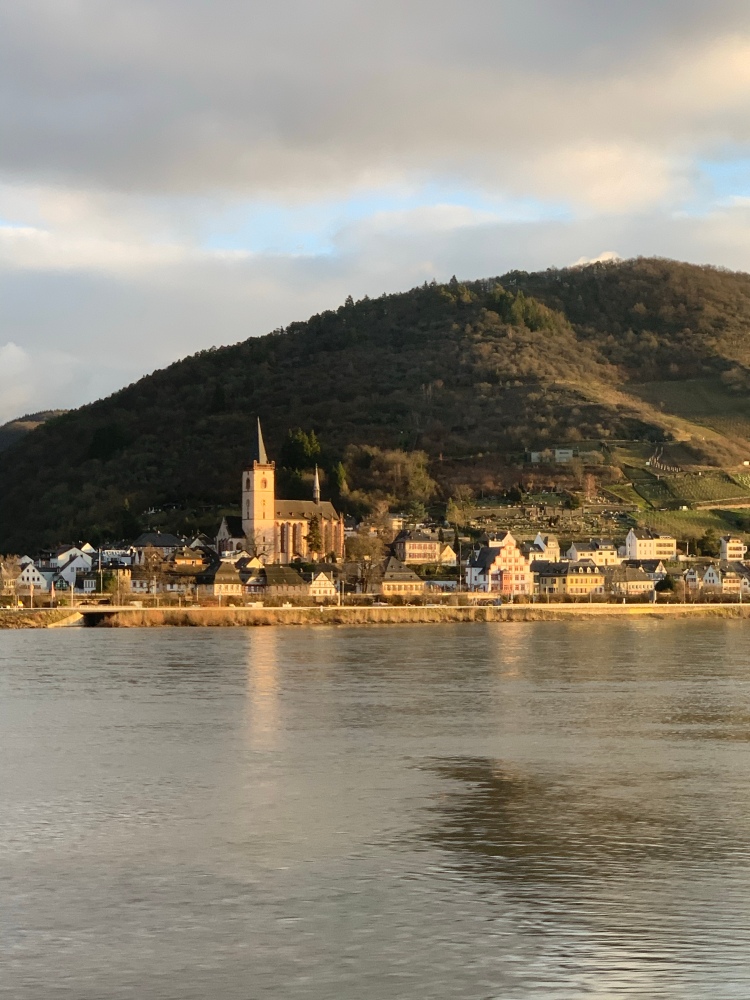 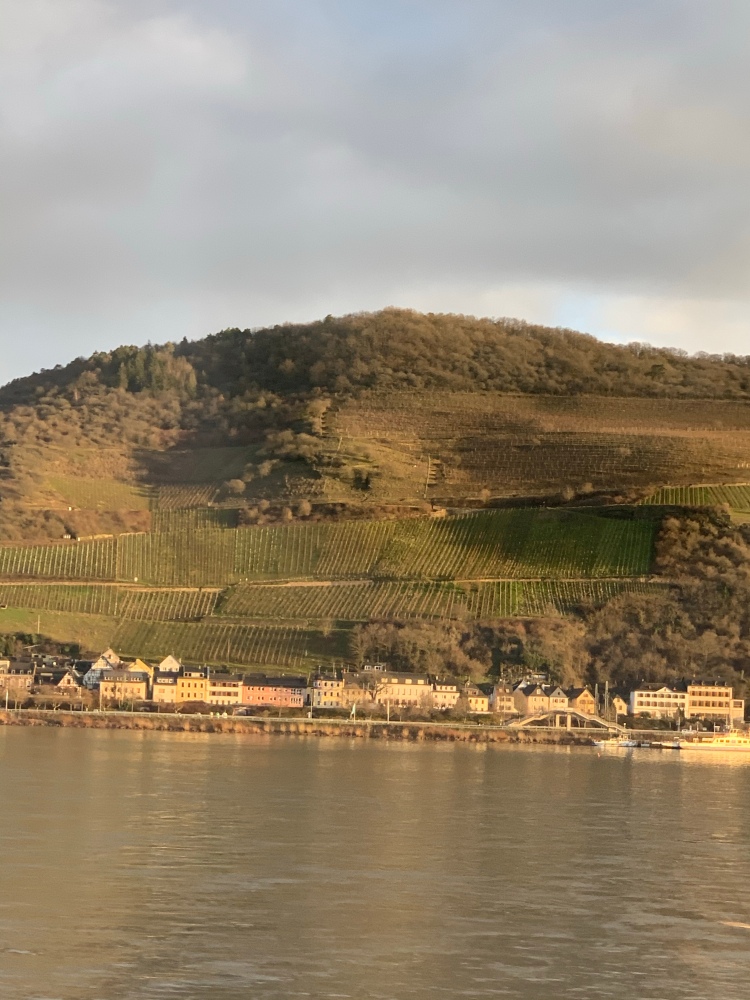 Köln was by far our favorite German city. The people were so friendly, the whole atmosphere of the city was laid back and welcoming. We were in the cutest neighborhood and had amazing meals all at restaurants we just randomly walked into on our street.

One thought on “Köln Germany December 2019”